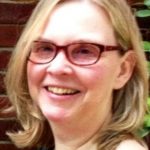 Cynthia J. Decker is the Executive Director of the NOAA Science Advisory Board.  She serves as the designated federal official for the Board, overseeing all of their activities and ensuring coordination of NOAA input to them as well as facilitating communication between the Board and various NOAA activities.  She also oversees the work of the five standing working groups of the Board as well as their various ad hoc task forces.  She represents the Board to other scientific federal advisory committees and some boards of the National Research Council.

Dr. Decker served as the Acting Director of the Cooperative Institutes Program Office at NOAA from March 2015 – February 2016, where she oversaw the policy activities, grants management, reviews, and re-competitions of NOAA’s 16 cooperative institutes.  The CIs include 42 institutions across 23 states.

Prior to coming to NOAA in 2006, Dr. Decker was the Deputy Chief of the External Programs Branch for the Oceanographer of the Navy.  This office is responsible for coordination at the policy level of Navy operational oceanography and meteorology programs with other military services (e.g. Air Force), civilian agencies (e.g. NOAA, NSF), and international organizations (e.g. NATO, WMO, IOC).

Dr. Decker was formerly the Director of Research for the Consortium for Oceanographic Research and Education (CORE, now the Consortium for Ocean Leadership), which represents over 100 academic, government, industry and non-profit ocean institutions around the United States.  At CORE, she was also Director of the International Secretariat for the Census of Marine Life, a research program dedicated to assessing and explaining marine biodiversity around the world and Executive Director for the National Oceanographic Partnership Program, a collaborative research program among 14 federal agencies.

She has previously worked for the U.S. Office of Naval Research running a marine environmental research program, and for the New York State Department of Environmental Conservation, where she administered an estuarine management program on behalf of the state.